The Royal Palace at Caserta, Italy 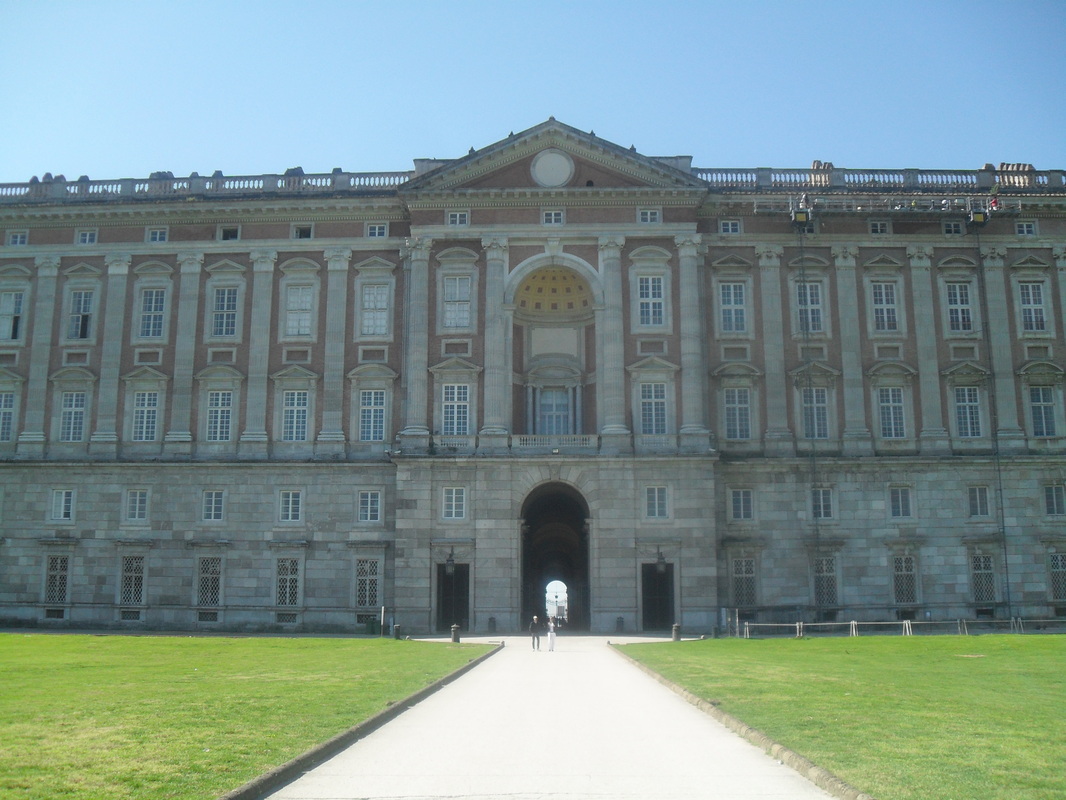 Royal Palace at Caserta
For most people, planning a shore excursion from the port of Naples involves a trip to Pompeii, or perhaps a tour through the gritty, pulsating city itself for some truly amazing pizza.  But with Naples being such a popular stop on Mediterranean cruises, what can one do on return trips?  Well, if you are up for a short train ride, you can have the palatial elegance of a rival of Versailles at your feet.

Back in the 1800's, the King of Naples, which was its own kingdom at the time, desired to build a palace which would rival Versailles and its gardens in grandeur and beauty.  The result is a top-flight tourist attraction that is almost completely off the tourist radar, due to its location and lack of true historic importance.  Most visitors to the Royal Palace at Caserta are Italian, with a large percentage being school groups.  On the day we visited, we had the palace practically to ourselves for the first hour, so we would highly suggest arriving early. 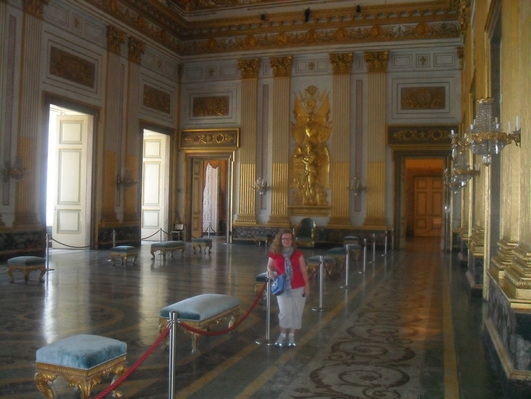 The Throne Room to myself
Now that I have piqued your interest, let's talk about how to get there. Caserta is small town, about 30 miles from Naples, and a direct train ride away.  It is the last stop on the particular commuter train, so it is even easy to see which platform you will leave from as it will be labeled "Caserta".  Even easier, the palace is across the street and clearly visible from the train station, so you can walk right to it once in town.  Not only that, but the ticket was inexpensive. (I believe about 6 euros each round trip.) In fact, the most difficult part of the whole thing is actually just getting to the train station in Naples.  You can do this by either walking (our preferred choice) or taking a bus which leaves from directly outside the cruise terminal.  The tickets to Caserta cannot be purchased from the machines; you must purchase them in the tabacci shop in the train station.  Trains run pretty regularly as this is somewhat of a commuter town for Naples, and you will find that the trips vary in length from around 35 minutes up to an hour, depending on how often the train stops.
Entrance to the palace and gardens is 10 euros, and I would encourage you to purchase the combo ticket to see both.  I have never been big on gardens, but they are possibly better than the palace itself.  The palace has been somewhat restored with period furniture, so that you have some idea of what it may have been like in all its grandeur.  I thought that the servants quarters and halls between the walls and off the rooms were particularly interesting. Of course, you don't see every room in the palace; that would take more than one day.  But, you do tour several bedrooms, the throne room, library, many receiving rooms and so on. 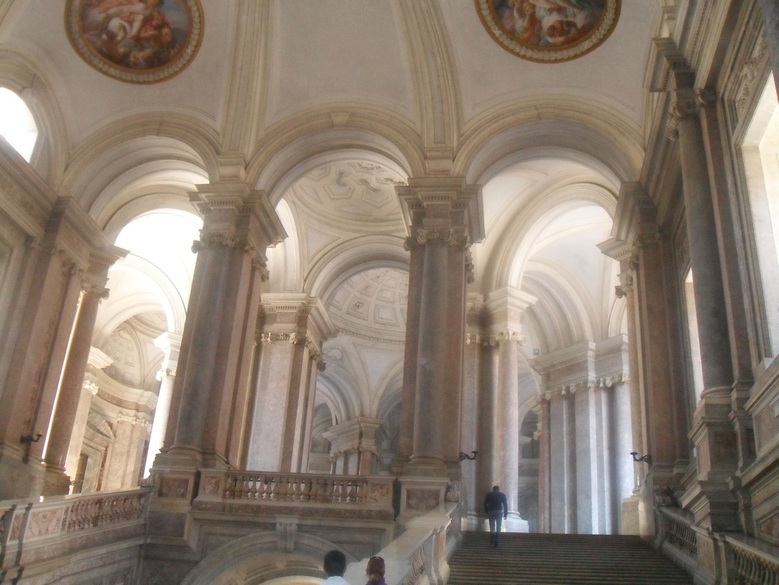 Grand Staircase
But, I have to admit that will all its grand staircases and rooms, the Royal Palace at Caserta did not take my breath away until I stepped outside.
I haven't been to Versailles yet, but if it is prettier than this, I will be stunned.  Only in Italy, with all its famous sites could this place be overlooked.  There is also an entire English garden that we didn't have time to explore.  Horse-drawn carriages are available for hire to take you up to the waterfall, as well as bicycles and a bus.  We preferred to walk, enjoying the scenery, but there are options.  No shore excursions visit this place, but it did begin to fill up with school groups around noon.  If you are able to arrive around 10 am, you are likely to find the palace and gardens delightfully sparse.  I believe this is a true hidden gem of not only Italy, but Europe as well, and hope it finds its way onto your travel bucket list.